During my visits to Karnatak University's Botanical Garden I'd seen construction activities but did not know it would be a science center. Dharwad Regional Science Centre was inaugurated by Shri. Mallikarjuna Kharge, Honorable Union Minister of Labor & Employment on February 27, 2012. 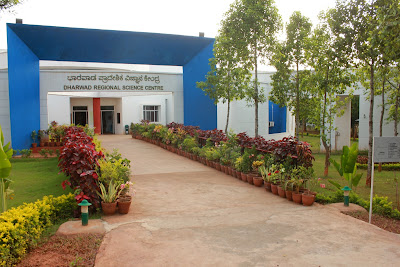 The Science Park is spread out in the well planned garden. It has several exhibits pertaining to physics but the main attraction is the pre-historic animal park.

I started my tour at around 3-30PM, ticket cost was Rs.15. I started at the Center House. The ground floor is mostly occupied by Indian Science & Technology Heritage section. A scale model of Qutb Minar, Konark Sun temple, Konark Wheel, and many more monuments. 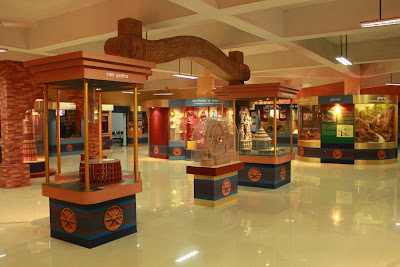 I went clock-wise around the ground floor starting with the Time Line of Indian Science and Technology followed by Technology Traditions of Indus valley, Harappans the first town planners, Glimpses of Harappan technology, Shell bangle making, Origins of Textiles, and many more exhibits related to fields of science, mathematics, medicines, music and arts. 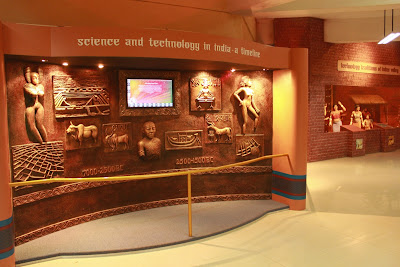 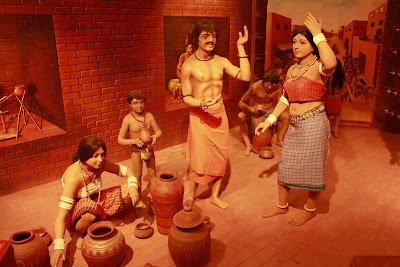 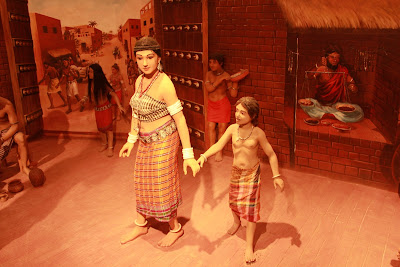 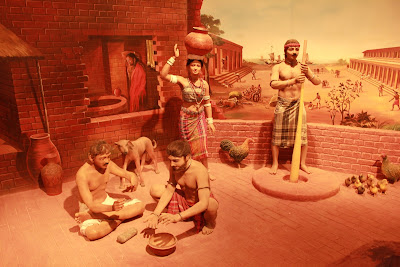 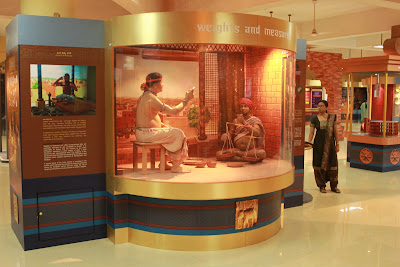 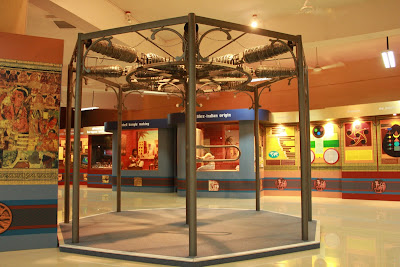 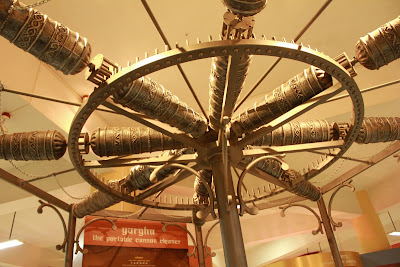 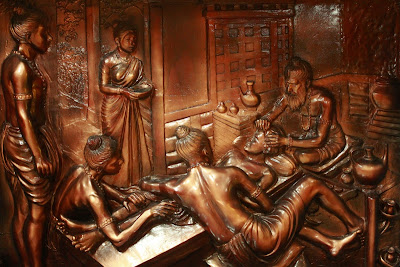 Capsules on metallurgy; smelting and foundries. 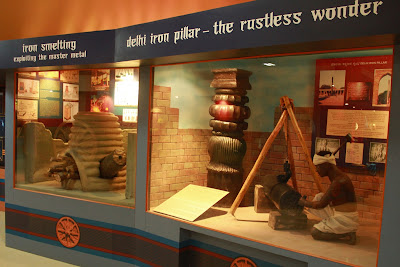 This is part of the Center House connects the ground floor to the first floor. The first floor of consists of 3 sections- Fun Science, Biomachines and 3-D theater. 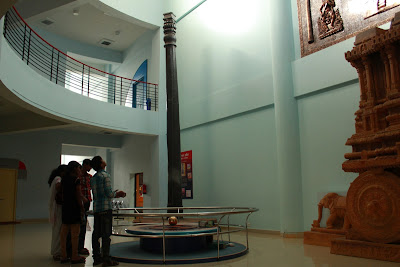 Fun Science gallery is a collection of interactive exhibits which make physics entertaining and interesting. You can operate & observe the exhibits and understand the laws of physics easily. 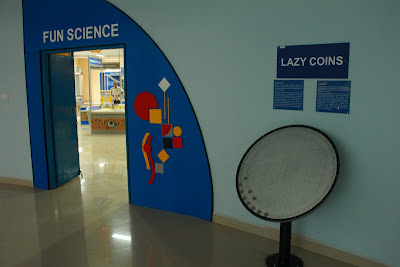 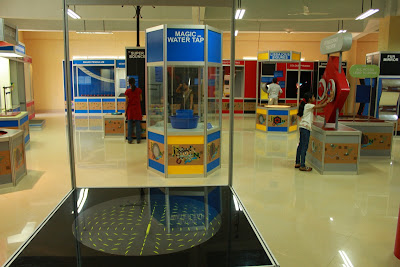 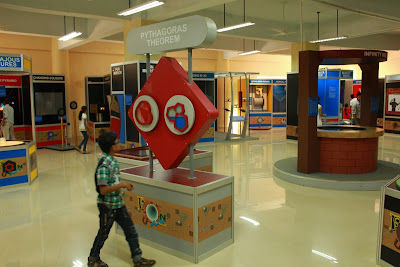 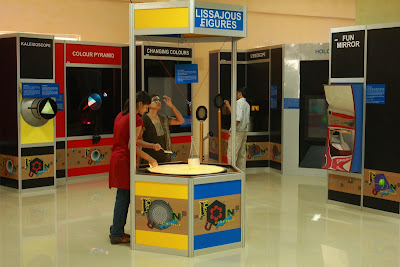 This gallery, as the name indicates, gives an overview of the world of amazing biomachines. 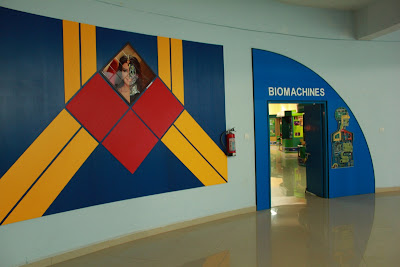 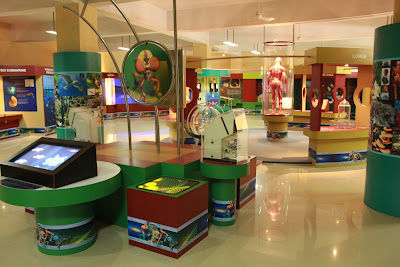 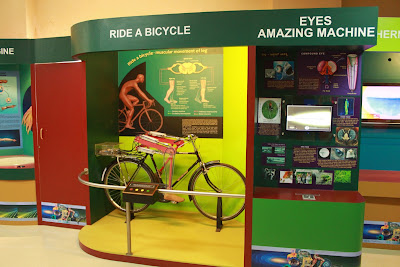 The Science Park is a collection of models of various mechanical devices and prehistoric animals. 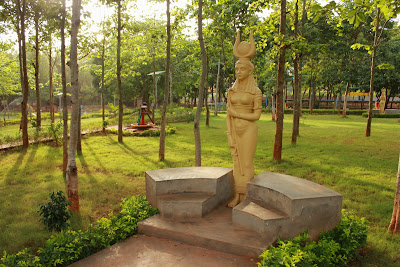 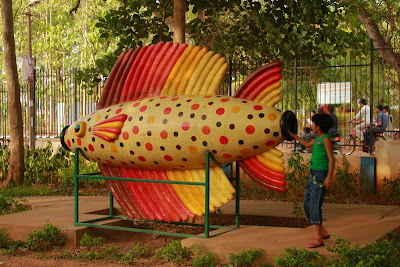 Path from the Science Center entrance to the Center House flanked by busts of Indian scientists.. 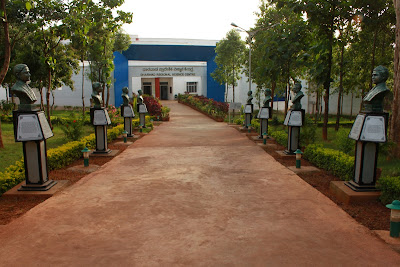 This is an excellent review of the Science Centre. Photography is superb. Congratulations.

Is it open on Sundays?..

Is it open on Sundays?..