I never knew such a leaf existed until a friend told me about it. 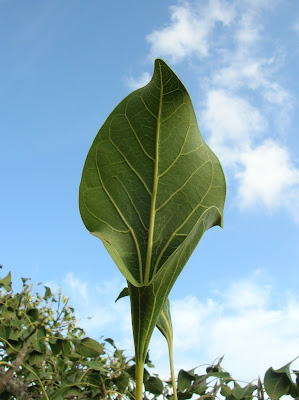 Ficus Krishnae - the leaf which connects this world to the Hindu mythological world. It is believed that Lord Krishna was very fond of butter and would even steal it. Once when he was caught by his mother, Yashoda, he tried to hide the butter by rolling it up in a leaf of this tree. Since then, the leaves of these trees have retained this shape. The plant seems to be a rare one. I was told that one did exist in Botanical Garden, Karnatak University Dharwad. 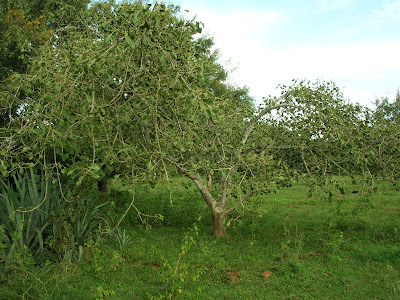 I had not found it even after half a dozen visits to the Botanical Garden but on August 6 I happened to pass by the plant and mistook it for chalkai-mara and went towards it to get a closer look and to my surprise it was Ficus Krishnae! 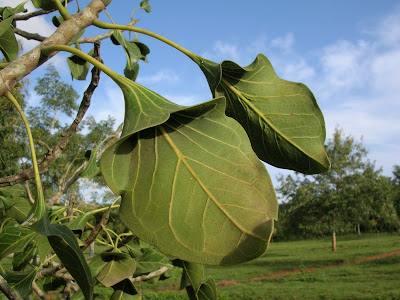 I plucked five leaves to show it to my colleagues and sent two to my friend who told me about the plant. And here's one of the videos I shot.


May 13, 2013
Adding some additional info received some time back: this Ficus Krishnae is 80 years old, it was planted by founder member of Botany Dept. - Prof. Channaveraiyya. This tree did not grow naturally, it was planted here. Ficus Krishnae is an endangered species because it does not adapt to new environments - info provided to Shilpa Vernekar by Prof. Chandrashekar Patil of Applied Genetics Dept (Botany) during bird watching program on May 11th.
.........
Posted by siddeshwar at 6:53 PM