I was in high school (mid 80s) when I first heard about Sri Kumara Swamiji and Tapovan. I remember coming here few times with granny, mom, Deepak, Suresh mama and cousins. As far as I remember, I saw Swamiji just one time. Praveen, my mom's brother, had told me that Swamiji could read our minds just by looking at our faces. I was... what to say ...little nervous about facing Swamiji. Later when I met Swamiji, I realized he was the most gentle person I'd ever seen. 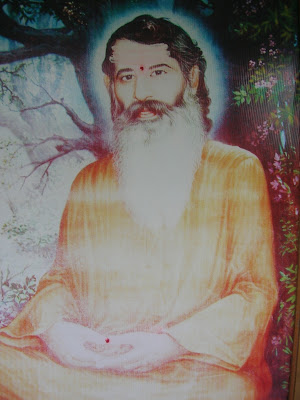 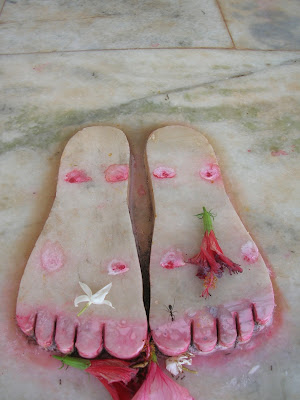 That's the room he used to spend most of his time meditating. Devotees would wait outside this little room to get a chance to see and speak to this great saint. I remember sitting there waiting for Swamiji to emerge from the room. He would be seated on the little platform while he spoke to the devotees. People would come here asking for advice on several problems. We too were here to seek advice to improve my parents' strained relationship. Swamiji had suggested dad should feed sajji grains to sparrows every morning for few months. I wondered how that could help and many years later realized how it worked. Watching little birds hop and pick grains thrown at them had a calming effect on a troubled mind. Many years later I picked the habit of feed pigeons at Manish Complex. 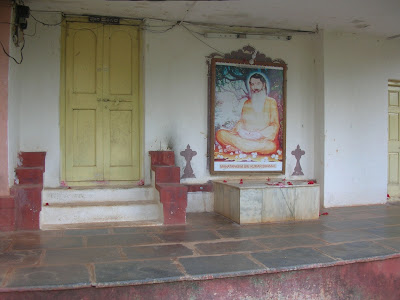 Going back to childhood days, I remember Deepi, Suresh mama and two little cousins spend a week or so here at Sumeru, living quarters for devotees. Deepak had described how much fun it was. It seems they would wake around 5AM, take cold bath, say prayers and do Yoga. I was happy not to been there ...cold bath at 5AM! Madness! Food would be served in the kitchen. Memories are sketchy ...an aged woman did the cooking, something like that. Many years later I realized the spiritual benefits of this routine. Though I never did Yoga, I've been taking cold bath for many years now. A two minute after bath prayer is a part of my routine for the last few years. 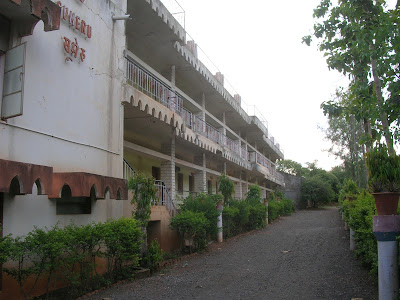 The Divine Temple is a meditation hall for devotees. Strict rules apply to those who wish to meditate inside. Devotees are supposed to take a bath, dress in fresh white clothes, write "HE PRABHO PRASEED AUM" 1008 times to qualify for an entry into The Divine Temple. I asked the caretaker I wanted to experience it. He asked me to write my name and contact number in a register. I would be contacted for my turn. I asked for a tentative date. Caretaker's words left me dumbfounded- may be two years. Wow! I'm still waiting for that call. 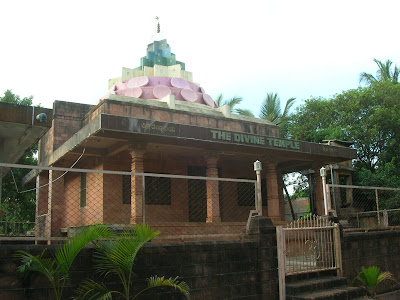 Back those days Tapovan was 4kms away from Dharwad. Today, the city is grown that far slowly swallowing the ashram...

Very interesting and true too. As for as my knowledge goes, who so ever has come across his contact (blessings) they claim such incidences. He was really a guru of spirituality, yoga and meditation. Though born in Bailhongal Taluk (Hunshikatti) and had spent early life at "Navilteerth" (my uncle used to tell me..), he came to fame from his "Tapovan"- the name it self is something to cherish....

Interesting post, it certainly has refreshed my memories at Tapovan.I could empathise with the events and relate to the narrative, very closely. A sense of spiritual elation experienced after visiting Tapovan, which was nurtured by Swamiji, is invaluable and immeasurable. Swamiji's work on spirituality, physics or metaphysics is a true treasure of knowledge. A very rare spiritual leader with great qualities and inspirational figure for earthly folks as me.

I am collecting all the information with related to "H.H. Mahatapasvi Shri Kumar Swamiji"

Can you share with me photos and original articles of Swamiji.

Can I visit and stay and meditate there !!

@Sandeep - you can Google for Kumaraswamiji, you'll find lot of detailed information.

@Unknown - yes, you can mediate at Tapovan.

An amazing saint from Dharwad. I pray now for his reincarnation.

I had visit here so many times with my grany.its a devotional source of everyone,I prayed once again the Swamiji comes again on this earth....
I am hapo